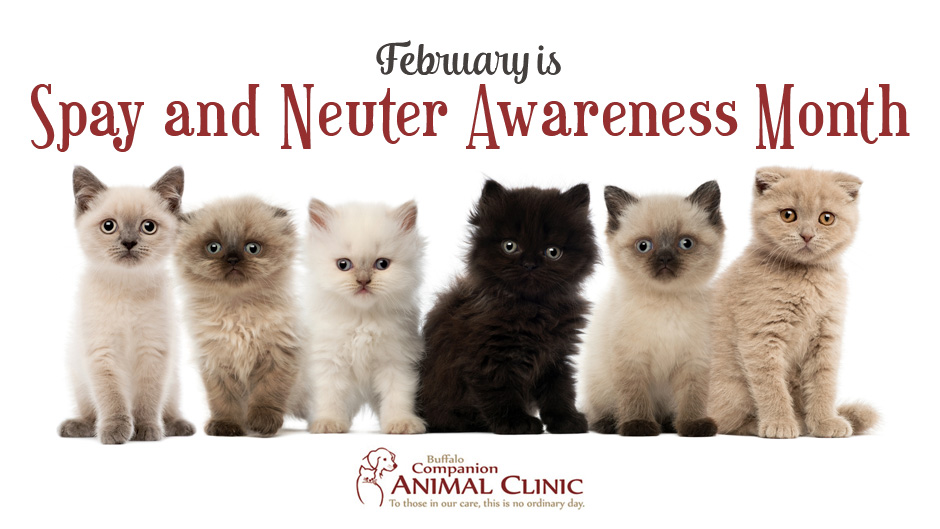 It's not that puppies and kittens aren't adorable. I was a kitten once and just look at me now! I'm one of the lucky ones and get to live here at Buffalo Companion Animal Clinic. A lot of dogs and cats aren't so lucky and end up homeless or euthanized in a shelter. It's a good thing preventing this sad fate is so easy with a simple spay or neuter surgery. Keep reading to learn more about the other benefits of spaying and neutering.
Many thanks,
Carlos
According to the American Humane Society, animal shelter staff euthanizes almost 2.5 million dogs and cats each year because they could not find a home for the animals. That means a healthy pet dies approximately every 13 seconds. As sad as this is, it’s also frustrating because animal shelters could dramatically decrease euthanasia if more people chose to spay or neuter their pets. A successful spay surgery means a female can’t get pregnant while neutering creates impotence in males.

Several years ago, three animal humane organizations came together to declare February National Spay and Neuter Awareness Month. The purpose was two-fold: to get people to have their pets altered and to promote the other important benefits of spaying and neutering.

Spaying Benefits
An unsprayed cat may go into heat several times a year. For dogs, heat cycles typically occur twice a year. A female cat is fertile before her first birthday and remains so throughout her life. This makes her capable of producing hundreds of kittens. Additionally, a cat in heat can display aggressive behavior and vocalize loudly. She strikes certain body postures and yowls incessantly to attract the attention of unaltered male cats.

A spayed dog or cat is more safe because the procedure decreases her instincts to roam. Even if neighborhood male pets aren’t neutered, they won’t want to mate with your animal if she’s been spayed. Besides reducing unwanted litters of puppies and kittens, spaying reduces your dog or cat’s likelihood of developing ovarian, mammary gland, or uterine cancer. This is especially true when you have her spayed before she goes into heat for the first time.

Neutering Benefits
Aggressiveness and roaming behavior are both common in unneutered dogs and cats trying to mate. They may even become aggressive enough to bite other animals or their human family members. Another unpleasant behavior is spraying urine to mark territory. This odor can be extremely difficult to get rid of. After a male pet has been neutered, his risk of prostate and testicular cancer both drop dramatically.

Improve Your Pet’s Quality and Quantity of Life
The North Shore Animal League states that spaying or neutering increases a cat’s lifespan by three to five years and a dog’s lifespan by one to three years. It also benefits the entire community. That is because city governments don’t have to spend as much money capturing, impounding, and euthanizing unwanted or unclaimed pets. Feral animals are a public health risk as well.

At Buffalo Companion Animal Clinic, we recommend spay or neuter surgery by six months of age whenever possible. If your dog or cat has not been sterilized yet, please click here to request an appointment. 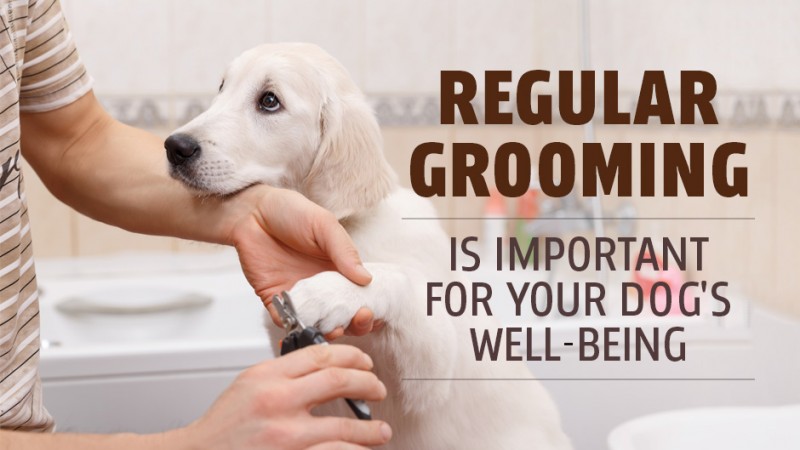